In the darkness before dawn, I sit cross-legged in the red earth and listen to the women sing and cry. Here in this escarpment overlooking the Gulf of Carpentaria in Australia’s Northern Territory, the majestic stringy trees sway gently in time. The voices of Indigenous elders, a mixture of grief and comfort, send shivers down my skin and make my heart race. I tilt my head back and see a shooting star cross the sky.

Singing is a crucial mode of transmission for our hosts, the Yolngu people of northeastern Arnhem Land. This is how knowledge is taught, described and shared. Women perform this sacred ceremony as it has been done for thousands of years, with groans of loss, longing, memories and ancestral belonging.

I am part of a group of guests, who have traveled across the country to observe this ritual as part of Australia’s largest Indigenous cultural exchange, the Garma Festival of Traditional Culture. Conceived in 1999 by the Yothu Yindi Foundation, this annual event provides an authentic setting for the expression of shared knowledge systems and traditional customs. There are forums with indigenous leaders, activists and thinkers; political, social and economic discussions, the sharing of traditions, music, art, cinema, dance and storytelling. Participants sleep in tents, shower in communal facilities and eat together in an outdoor dining area.

The Yolngu traditionally learn by observing, watching and listening. It’s a contrast to British colonizers who declared Australia ‘terra nullius’ – Latin for ‘no man’s land’ two centuries ago, entrenching rampant discrimination against indigenous owners of land.

Garma gives participants a window into a slice of life rarely seen outside of remote communities – it shows both the resilience of First Nations people and the impact of Australia’s history of injustice against them. From the violent dispossession of Indigenous peoples from their lands, to the White Australia policy, a racist doctrine that lasted for generations before being phased out in the 1960s, and the broken promises of successive governments, our history is littered with cruelty and political inertia. Former Prime Minister Bob Hawke’s promise of a treaty in 1988 – now seen as “unfinished business” by the Indigenous community, sparked Yothu Yindi’s 1991 protest anthem, Treaty. Progress has been made, with a landmark law passed in 1993 returning some ancestral lands to traditional owners and a formal apology in parliament in 2008 for wrongdoings including the forced removal of thousands of indigenous children from their homes in the name of assimilation.

Just two days before, I had gotten off the plane at nearby Gove Airport and boarded the bus to the remote ceremonial venues of Gulkula where the festival is held. Up to four days seemed like an infinitesimal amount of time to learn about a people and culture that spans at least 65,000 years, for many participants it was their first time engaging with Indigenous Australians. I was accompanied by a senior official from a major bank. I saw some mining executives that I recognized. A CEO here, a college boss there.

The plan was for them to listen. “Racism operates 24/7 to reproduce racial inequality, regardless of the deliberate intentions of those in the state apparatus,” said Leanne Liddle, Central Arrernte wife and director of the Northern Territory Indigenous Justice Unit, at the rally. “It is not limited to toxic attitudes and violent or abusive behavior, as it includes laws that have an overwhelming impact on some groups, more than others.”

Coming back to my tent after the women’s weeping ceremony, the deliberateness of the cohort of policymakers, business leaders, international politicians, academics and journalists made sense. One is already on board – Anthony Albanese, Australia’s newly elected leader. Prime Ministers have been coming to Garma for a decade to present their plans for indigenous affairs, but this year has been different, with the Heart of Uluru Declaration at the center of attention.

A petition with roots dating back 85 years, the Uluru Declaration calls for constitutional change to allow Aboriginal and Torres Strait Islander peoples a voice in parliament. In front of a crowd gathered outside the outdoor stage, the Prime Minister promised to hold a referendum by the end of his first term in 2025. He spoke of “over 200 years of broken promises and betrayals, of failures and false starts”, and noted “a voice enshrined in the constitution cannot be silenced.” His remarks received a standing ovation. Now he has to deliver.

To secure a referendum on the line, Albanese faces historically small, but not impossible odds. Since federation, Australia has held 44 referendums, only eight of them. In 1999, the first question on the ballot was whether or not the nation should become a republic. The second was to include a preamble to the constitution that would include Aboriginal and Torres Strait Islander people. Both failed.

Before that, one would have to go back more than 30 years to 1967 to find the last time the Aboriginal population was the subject of a referendum. On this occasion, it is successful. A vote was held to include Aboriginal and Torres Strait Islander people in the official population count and to allow the federal government to pass specific laws for Aboriginal peoples. Over 90% of people voted yes. The Canberra Times wrote after the event: “If an advanced nation of 11 million cannot raise a small remnant of 100,000 grossly deprived people, it cannot claim to be decent or civilized.

Fast forward 55 years, Indigenous peoples in Australia are still the poorest and most disadvantaged group in the country. They make up about 3% of citizens, but make up over 30% of the prison population. Four of nine indicators in an annual government survey of social and economic well-being have deteriorated, including schooling and childcare and high suicide rates.

The Albanese government has made a series of other commitments, including a promise to invest in First Nations land and water management and to strengthen economic and employment opportunities. Yet it will be up to the Australian people to vote to alleviate a powerlessness that the Uluru declaration describes as “torment”.

In 1999, no state or territory had voted overwhelmingly in favor of the referendum question in the preamble. For Aboriginal and Torres Strait Islander people, with a median age of 24, it has meant a literal life of expectation of change for many. If Australia’s Indigenous peoples get a voice in parliament, that doesn’t mean everyone inside or outside the community will always agree on the best way forward, but it does mean that they will have their say.

Appreciating the values, customs and beliefs of all cultures should be a key principle, in politics and in life. Rather than having to come by bus to experience it for ourselves, why can’t we just listen?

This column does not necessarily reflect the opinion of the Editorial Board or of Bloomberg LP and its owners. 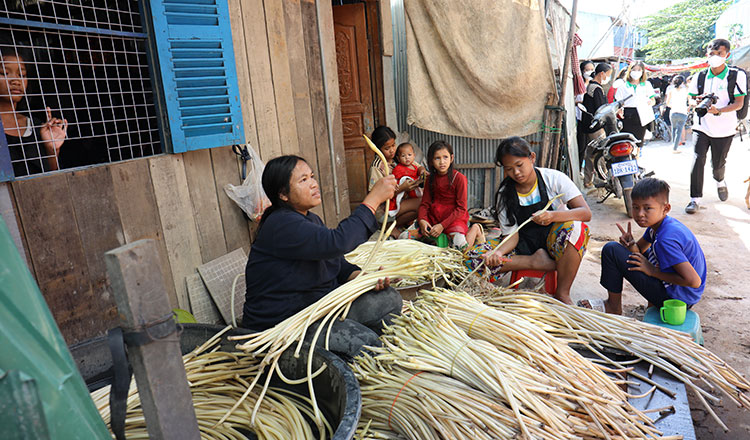