SOUTHEAST NC – A month after a state agency issued a permit to Chemours to reduce PFAS contamination in the river by 99.9%, the Fayetteville chemical company has appealed, saying it cannot meet the required updated effluent limits.

Chemours has until March 15, 2023 to construct a 1-mile-long barrier wall to intercept and treat contaminated groundwater, which accounts for more than 60% of PFAS from the Chemours facility, according to the NCDEQ.

The system designed by Chemours follows the Consent Order 2019 with NCDEQ and Cape Fear River Watch to remove only 99% of PFAS compounds from the Chemours plant, not 99.9%. NCDEQ’s updated permit has more restrictive limits of almost 1%.

In an announcement on Friday, Chemours said it could not comply with a stricter deadline reduction. The company said it has worked with the NCDEQ for 15 months on the plans for the treatment system and the protective wall.

It submitted an initial permit application in June 2021 based on the discharge permit project. Thus, Chemours states that “late changes” to the design cannot be satisfied before its 2023 deadline.

Chemours did not respond to a query from the Port City Daily about the challenges it faces in adhering to the new guidelines and why the system design would not be able to comply on schedule.

“We continue to pursue aggressive timelines to complete and start up the system to reduce the load of PFAS in the river,” Chemours spokeswoman Lisa Randall wrote in an email to PCD. “We look forward to working with the NCDEQ to quickly resolve this issue to continue to achieve the significant reductions we have achieved.”

The barrier wall will run 60 to 80 feet deep, approximately 2.5 feet thick, to prevent groundwater from escaping into the waterway. From there, more than 70 extraction wells will capture water, averaging 2.4 million gallons per day, and then process it through GAC filters.

Cape Fear River Watch executive director Dana Sargent told the Port City Daily that, to curry favor with the community, Chemours launched a “Good Neighbor” campaign, saying the company had invested millions in reducing pollutants “because she cared,” while ignoring the fact that he was legally mandated. Sargent accuses the company of misleading locals into believing that a 99% reduction is sufficient and would protect against harmful chemicals.

“Once the permit was changed to do just that – improve the Cape Fear River,” she said, “the people at the top of Chemours prove, once again, that they are truly committed to a thing: money.

The company has the legal right to appeal the NCDEQ permit decision in accordance with Section 4 of General Bylaw NC 150B. Chemours filed an appeal with the Office of Administrative Hearings on October 14.

The case is assigned to a judge and may be mediated. If not resolved, it moves to a formal courtroom-style hearing where both sides can submit witnesses and exhibits.

“Continued litigation threatens to delay implementation beyond the March 2023 Consent Order deadline and expand ongoing contamination reaching the river and affecting residents downstream,” according to a statement released Monday by the NCDEQ.

Local nonprofit organization Clean Cape Fear sent the NCDEQ a petition with more than 1,000 signatures asking for a public hearing in Wilmington regarding the proposed barrier wall. The public forum was held in June to allow the 300,000 residents of the Tri-County area to comment on the pollutants that have contaminated their water supply over the past four decades.

“Chemours wants to expand production in North Carolina while challenging a permit meant to protect our drinking water supply,” Clean Cape Fear director Emily Donovan told Port City Daily. “These are not the actions of a responsible company concerned with good stewardship. We are tired of greenwashing and gaslighting.

The authorized permit has been updated from a draft version, released in March for public comment. It initially allowed Chemours to release up to 1,300 parts per trillion (ppt) – and called for 99% elimination or a reduction of 643 pounds per year – of PFAS. That’s 130 times more than the Environmental Protection Agency’s June health advisory limiting GenX — just one of thousands of PFAS — to 10 ppt.

The first project raised concern from local authorities, non-profit advocacy groups and residents living downstream from the site. Over 300 comments were received by the NCDEQ – both during an in-person and virtual session over the summer. The majority called for stricter permit limits on the amount of PFAS allowed in the Cape Fear River.

The finalized DEQ permit incorporated changes that impose limits on three indicator compounds, totaling 540 ppt – 54 times more than the EPA advisory for GenX, and interim advisories for PFOA and PFOS combined (EPA has published interim health advisories for PFOA and PFOS at 0.004 and 0.02 ppt, respectively, also in June). After 180 days, the metrics will drop significantly to 40 ppt combined.

The permit issued in September requires weekly monitoring upstream and downstream of the Chemours site, as the dam wall is under construction.

The NCDEQ called the project “the largest of its kind to combat PFAS.”

Chemours filed a lawsuit against the EPA’s GenX health advisory and called the advisory “scientifically unfounded.” The company refutes the process used by the EPA to obtain its recommendations and says the government has ignored peer-reviewed research supporting less stringent measures.

As the chemical manufacturer challenges local and state levels to reduce PFAS contamination, residents downstream are paying the price.

Cape Fear Public Utility Authority and Brunswick County are both investing millions in treatment facilities to prevent PFAS from entering drinking water. As a result, water bills for New Hanover and Brunswick residents rose 8% and 7%, respectively, to offset the expenses.

The CFPUA announced last week, with its GAC filters operational, that the water at its Sweeney plant is PFAS-free for the first time in decades. GAC filters remain the best method for removing PFAS, according to a 2018 pilot study by the authority. The water flows through the carbon and is zapped by UV light to remove contaminants before being released as drinking water 24 hours later.

However, Brunswick County is still reporting high levels of contaminants.

On September 15, Brunswick County Utilities released the results of its water sampling showing 201 ppt of combined PFAS compounds in the river and 224 ppt in finished water from its Northern Water Treatment Plant. -West. The county is working to install low-pressure reverse osmosis treatment, which won’t be complete until 2023, at its Northwest Water Treatment Plant.

The two utility companies also sued Chemours in 2017, asking it to pay for water damage and needed improvements. The litigation is ongoing.

“This is one of the worst environmental and human health crimes in North Carolina,” said Donovan, also a Brunswick County resident. “Residents have been overexposed to hazardous levels of chemical waste from Chemours’ Fayetteville Works facility for nearly forty years. These are chemicals forever known to cause serious health risks. They have no place on our beaches, in our local fish or in our tap water.

Want to know more about PCD? Subscribe now, then sign up for our morning newsletter, Wilmington Wire, and get the headlines delivered to your inbox every morning. 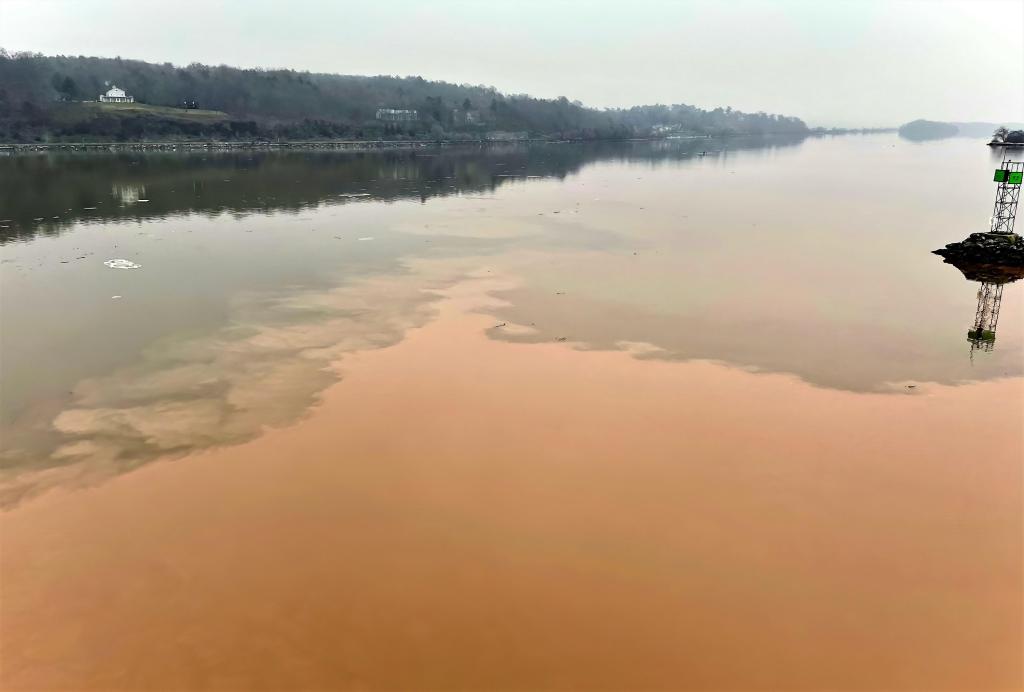