The Centers for Medicare and Medicaid Services are delaying the enforcement of an interoperability provision that governs how payers are supposed to exchange data with each other, the agency said on Wednesday.

“CMS’s decision to exercise discretion to apply the pay-to-pay policy until future regulation occurs does not affect other existing regulatory requirements and the implementation timelines described in the final rule, “the agency posted on a frequently asked questions webpage Wednesday night. CMS has other regulations it must promulgate before it begins enforcing the rule, the agency said in the notice.

The payer-to-payer data exchange provision of the agency’s interoperability rule was scheduled to come into effect on January 1, 2022.

When effective at a later date, the pay-to-pay provision will require insurance companies that do business with CMS, including Medicare Advantage carriers and Medicaid managed care organizations, to exchange data on demand. patients. Insurers would also be required to incorporate data they receive from other payers into members’ health records.

But the interoperability rule did not establish a mechanism or technical specifications for the exchange of data, which led several payers to file complaints with CMS. The rule required payers to accept data regardless of the format in which it is sent, which payers said would be complicated to implement.

Lack of a data exchange standard would create challenges during implementation that could lead to poor data quality and increased administrative burden, CMS said, citing concerns expressed by insurance companies .

Additional regulation that outlines the “hard details” and requirements for payer-to-payer data exchange will help ensure health plans implement changes that allow them to more easily share data, wrote a spokesperson for insurer Priority Health in an email.

“While the speed at which the federal government moved to implement this decision is to be applauded, the lack of clarity around some of the requirements made it difficult to implement in a short period of time,” the spokesperson wrote. word.

America’s Health Insurance Plans backs the delay, a spokesperson wrote in an email.

â€œDespite the persistent pandemic, health insurance providers are diligently implementing the many provisions of the interoperability rule, and we appreciate that CMS recognizes the difficulty of implementing this new technology,â€ the spokesperson wrote. .

CMS, the office of the national health information technology coordinator and other agencies in the health and human services department should align the data standards, Bagel said.

â€œThere are a whole host of health data regulations,â€ Bagel said. â€œHow can we create common standards that work in all the different areas in which health data is sought? “

CMS and ONC issued related interoperability regulations last year, but subsequently postponed enforcement amid the COVID-19 pandemic. CMS began enforcing the provisions of its rule in June. A first phase of the ONC rule entered into force at the beginning of April.

CMS continues to encourage payers who have already deployed application programming interfaces – protocols that connect various types of software to each other – that use the Fast Healthcare Interoperability Resources, or FHIR, standard to support the exchange of payer-to-payer data to move forward.

Next Is short-term work a good alternative to full-time employment? 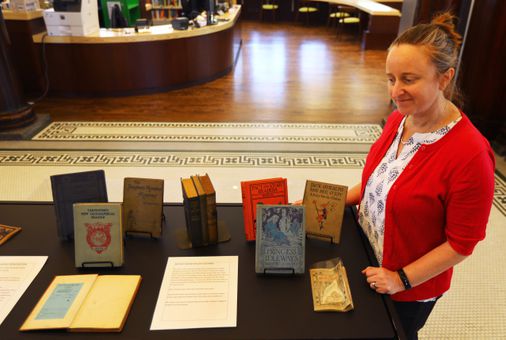