In the United States, short selling – the practice of investors betting on a company’s stock price falling – is not, in itself, illegal. A legal short sale works like this: an investor borrows shares, for example from a financial institution, at the current market price and then sells them immediately. If the stock price drops, the investor buys back shares on the open market to return the borrowed shares to the lender and profit from the difference.

In theory, if done legally, short selling can benefit markets by holding companies accountable when they misrepresent their financial statements or when they fail to disclose certain other things that could affect the price. of action.

“The problem is, that’s not what I’ve seen in the last 20 years in the area of ​​stock manipulation litigation,” said Wes Christian, a partner at law firm Christian Smith & Jewell. “What I’m seeing are prime brokers, hedge funds and market makers rigging the system to basically guarantee that they’re going to be able to make money out of their shorts.”

Naked short selling is one of the most fraudulent schemes. This is the illegal practice of selling stocks that a short seller has neither borrowed, owned, nor intended to buy, resulting in a ‘Failed Delivery’ (FTD) s amounting to trillions of dollars in FTD, as some research indicates.

“I believe [illegal short selling] is the largest commercial fraud in US history. It makes Bernie Madoff’s scheme look like a midge on an elephant’s behind.

“It’s like photocopying your car title 100 times and selling that car to 100 people, but you only have one car,” Christian said. “That’s what Wall Street does.”

With lax enforcement from regulators, big banks have an incentive to turn a blind eye to these illegal tactics and voluntarily participate in funding shorts because of the high trading fees they charge. Big banks make most of their money in two ways: by proprietary trading (trading on their own account) and by lending stocks to short sellers, Christian said.

The Depository Trust & Clearing Corporation (DTCC), a self-regulatory organization, is also not a disinterested party. A classic example of the fox guarding the chicken coop, DTCC describes itself as providing “settlement services” for the financial markets, but the number of FTDs is so systemic that DTCC has created what it calls its “settlement warehouse”. ‘bonds’, where FTDs basically go to die.

Simply put, naked short selling is a massive embezzlement scheme that for years has been mostly ignored.

The Fraud Section of the US Department of Justice recently launched an extensive criminal investigation into the underworld of short selling. According to a report by Bloomberg last month.

“It’s high time for the Department of Justice to address this issue,” Christian said. “I think this is the biggest business fraud in US history. It makes Bernie Madoff’s scheme look like a gnat on the backside of an elephant.

The investigation would focus on the kind of manipulative short-selling tactics that have raised suspicion among critics for years. An example of manipulative short selling is publishing research under the guise of “independent” reports that are, in truth, intentionally misleading or inaccurate and heavily funded.

These so-called “short-selling and distortion” campaigns manipulate stock prices to induce shareholders to panic-sell, allowing criminal-minded short-sellers to cash out their trades and pocket the gains before stocks don’t rebound. The Justice Department investigation also reportedly focuses on possible insider trading, in which an undercover obtains sensitive company information and intentionally discloses it.

At its core, short selling raises questions that demand answers: which shorts engage in deceptive and illegal tactics versus those that do not? And what clear evidence exists to prove the difference?

Among the companies under investigation are Anson Funds and anonymous researcher Marcus Aurelius Value, Bloomberg reported. Other short-selling companies that have targeted businesses in recent months include Muddy Waters and Citron Research.

Requests for comment from Anson Funds, Muddy Waters and Citron Research were not returned.

According to Barry Goldsmith, a partner at the law firm Gibson Dunn, the best proactive defense against abusive short-selling practices is for public companies to monitor trading and the daily volume of their securities for signs of trading patterns. manipulative exchanges.

Keep an eye out for false market rumors and the spread of materially false information about the company, Goldsmith added. Monitor social media channels, chat rooms and message boards, he said.

Once a company suspects it has been illegally targeted by shorts, consider taking legal action. That’s exactly what publicly traded companies choose to do: revolt.

Cassava Sciences is an example. In a regulatory filing in November, the clinical-stage biopharmaceutical company revealed that “certain government agencies” had asked it to provide them with “corporate information and documents” following allegations made against it by Labaton Sucharow, a law firm that represented anonymous clients who have a short position in the cassava stock.

Cassava chief executive Rémi Barbier fired back in a 20-minute video message. “There is a huge profit motive at work,” he said. “After the allegations were made public, that is to say after the damage was done – the law firm issued a press release admitting that its anonymous clients “held short positions in cassava stocks”.

Barbier added, “We intend to vigorously defend ourselves and our stakeholders against false and misleading claims.”

Winning a lawsuit following a short seller attack is possible. A high-profile example is Farmland Partners (FPI), an internally managed real estate company that won its lawsuit against Quinton Mathews last year. Mathews – who went by the pseudonym “Rota Fortunae” – was the author of an attack published on the financial site Seeking Alpha in July 2018 as part of a short and distorting scheme targeting the REIT.

Mathews was conducting REIT research for hedge fund Sabrepoint Capital, which held a position in REIT stocks. Mathews admitted that Sabrepoint paid him more than $100,000 in 2018 alone for his work on FPI and other businesses. He later publicly admitted that the article contained misrepresentations that caused FPI’s stock price to plummet 39% on the day of its publication. As part of a settlement, Mathews agreed to pay FPI “a multiple of the profits” it made on the short positions.

“While the company waits for relevant government agencies to take the necessary steps to meaningfully protect businesses like FPI from these types of attacks,” FPI said it would continue to recoup ill-gotten gains from Sabrepoint “and of all who may have wrongfully profited from the artificial decline in the REIT’s stock price caused by the false and deceptive attack on the company.

Christian said that while the targeted companies can go to the relevant government agencies, “Honestly, they are overwhelmed. They don’t have the manpower for that. If going to a regulatory agency is the route you choose, “Give the regulators a very short window, and if they don’t work out, then sue and try to get cured,” he said.

Previous Could this be the year of single-payer health care in New York? | News 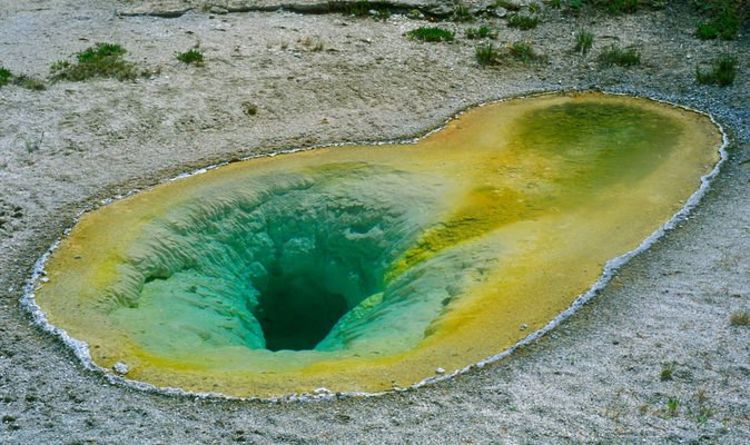