Aerial photos taken on July 8 and circulating on social media show what appears to be cryogenic liquid and vapors over wet areas next to the launch pad. (Based on an aerial photo, the nitrogen may look like snow on the ground.) The Texas Department of Parks and Wildlife and the Galveston office of the US Army Corps of Engineers have both confirmed the incident at Bloomberg.

“The Texas Department of Parks and Wildlife is aware of the liquid nitrogen spill that occurred entirely within SpaceX property lines,” the agency said in an emailed statement. “The discharge did not impact TPWD’s ownership.”

SpaceX officials did not respond to requests for comment. The liquid nitrogen discharge occurred three days before a company booster rocket ignited. The launch pad is next to the Lower Rio Grande Valley National Wildlife Refuge, which conservationists say contains fragile wetlands and sensitive ecosystems. Past explosions of rockets tested at the facility have sparked bushfires in the wildlife refuge and littered wetlands with debris.

It remains to be seen how the incident will affect SpaceX’s license or operations, but the launch site had resumed testing Thursday.

Chilled to -320 degrees Fahrenheit, liquid nitrogen can cause cryogenic burns and frostbite, while its colorless, odorless, and tasteless vapors can suffocate and kill.

Next Improving access to Paxlovid for a long time 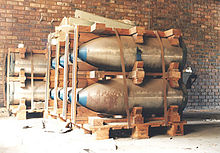